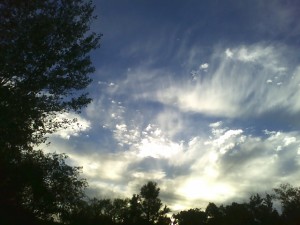 The entities I call The Guyz, came to me during a class I was taking on channeling. Based on the assumption that this is not a latent part of my psychology, here’s what I now take at face value.

The Guyz  say they come from where we all come from…usually referred to as “the one” or “the all”.

They have said they are a group soul that has never been in body and never experienced what it is to be in a body.

The Guys  have referred to themselves as “fans of the game”, much like fans of major league baseball who follow the the team and know all the players scores and stats and strengths and weaknesses. They think of us as “major league” players, NOT as unenlightened or unevolved, and treat everyone with the respect due to “masters of the game”.

The Guyz  are here to support us during a massive transition in consciousness. It’s about moving from one way of being into an entirely different way of being, without dying or leaving the planet in order to do it. The Transition is very complex, and they are here to help us understand the shift and coach us through it, if we want to be a part of it.

They have said they get all of the individualized information they share with us directly from each person’s soul, and that each soul is guiding them by telling them what to say/or not say during any given session. Because of that, each person’s sessions are very different from anyone else’s. On the occasions when someone has had the opportunity to sit-in on a friend’s session, the response has always been amazement at either what was said or the context within which the information was given.

The Guyz respect and admire us. They offer us information, about ourselves, about our options, about our history, about how to make choices outside of a good-bad right-wrong reality, about why we should have compassion and respect for ourselves and trust ourselves and the universe. And…wonder of wonders…they don’t care what we do with that information, as long as we understand it.. Once we understand it, we can do whatever we want with it…use it, ignore it, discard it. They REALLY don’t have an investment in what we do.

I have heard The Guyz  say this so many times and no one has ever been offended, nor did they think it was unkind or unfeeling. Instead it seemed to come as a relief…a removal of the pressure to give in or resist whatever The Guys were telling them or suggesting they do.

What they’ve said about it started with “We know who you are. You are the divine incarnate walking the earth playing with limits and boundaries, space and time. YOU don’t know fully who you are…but we do. So we don’t care what you do with what we say, we only care if you fully understand what we are saying. If you don’t, we will push for understanding. Once you understand, we’re done. Do whatever you like.”

Because of my personality, introvert and hermit-y, they work with people, through me, on a one-on-one basis rather than with groups or large audiences the way that Theo, Bashar, Abraham or others work. This gives them the opportunity to offer exquisitely personal coaching to each individual who is drawn to this potential of a massive transformation in personal reality.

There has never been any hint of uncertainty in what they’ve said or the energy with which they’ve said it… that they know who we are. That certainty and non apology for their position has been the foundation of my willingness to go with this channeling and make use of the information in the face of things like the stock market crashes (I’ve been through 2 of them to date), 9/11, political issues, money issues and so on.

Thanks to The Guyz, and what I have been privileged to hear during the sessions,  I have been able to stay calm and continue to speak, even when the person they were talking to was up against things I could not imagine enduring.

The ongoing message that WHAT we do does not matter, but WHY we do it is important. HOW we do it comes from WHY we do it and profoundly effects the kind of outcome we get to PLAY with. And … we come here to play.

How I Met The Guys